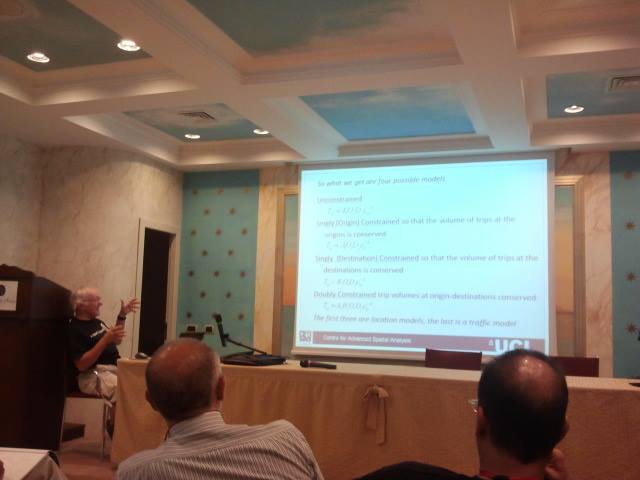 For the fourth year,  The international School for scientific research J.T. Schwarz has organized in Lipari a 4-week Summer School on Computational Complex Systems.

Four weeks in which Ph.D. students, junior and senior researchers from all over the world have the possibility of attending lectures taken from international recognized authorities, that address the main arguments in an interdisciplinary way, depending on the their field of expertise.

The main focus of this year are the smart cities and in this last week of the school, lectures will address them relating to the complex systems.

Works have started on Monday, with an introduction on smart cities, from Francesco Profumo, which is actually the Chairman of the Smart City Observatory at ANCI, and former Minister of Education University and Research from November 2011 to April 2013.
He introduced the matter starting from urbanization and talking about the key challenges of smart cities, presenting also a case study for the Expo 2015.

Following Dirk Helbing, from ETH Zurich, introduced the FuturICT project: a European multidisciplinary international scientific endeavour with focus on techno-socio-economic-environmental systems. Its aim is to understand and manage complex, global, socially interactive systems, with a focus on sustainability and resilience. The need for such projects is the great interdependency in cities matters, causing cascade effects that can soon turn into big disasters.

Then prof. Vito Latora from the University di Catania presented us spatially embedded complex systems, such as nervous systems, the Internet and transportation networks and their characteristic of having nontrivial topological patterns of connections. Studying centrality measures in spatial networks, he showed they could have a good empirical analysis of two databases, describing respectively 200 years of evolution of the road network in a large area located north of Milan, and the growth of the nervous system of the C. elegans (a worm), from the moment of fertilization to adulthood.

On Tuesday, work have been continued from Micheal Batty from The Bartlett Centre for Advanced Spatial Analysis, UK. Mr. Batty has 20 years of experience in data visualization and spatial analysis, and he’s actually chief of Centre for Advanced Spatial Analysis (CASA) at University College London. He began showing how cities can be represented as networks and presenting some older examples, like LUTM (Land Use Transportation Modelling), presenting some models for the city of London, and a 3D model for London, tagged with economic data. Other more modern examples were presented, about public transport networks, particularly the interpretation of data from the Oyster card in London, and another example about the Public Bike Scheme.

To finish, on Tuesday, Luìs Bettencourt, from the Santa Fe Institute, USA, introduced his work talking about smart cities as complex adaptive systems. The main focus of the lecture was the problem of modeling and planning cities, showing that at a certain point, self-organizing cities can be smarter than the engineered ones. The conclusion has been that from this point of view, in order to make real progress, there is the need of constraining the problem of planning cities understanding interactions of space and infrastructures and the natures of urban social networks.

In the following three days, more lectures from same authors are scheduled, deepening the introduced topics and presenting new ones.